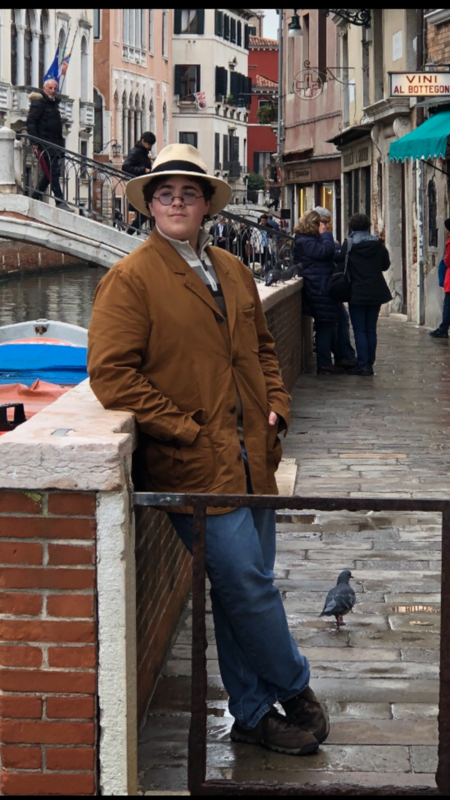 Sam Adams graduated from Mountain Home Christian Academy in 2021 where he had attended for six years. Sam has been accepted to Harding University, but will spend his first two years at Arkansas State University in Mountain Home before transferring. He plans to major in pre-law and has his sights set on law school with hopes of one day becoming a judge. His favorite subjects in school have been history and biology.

In his spare time, Sam loves to play music and spend time with his friends. His favorite author is French novelist, poet and playwright Jules Verne. Saving his friend’s life is counted as his greatest accomplishment to date. Three things on Sam’s bucket list are: traveling the world,  fishing in Iceland, and living in the Montana mountains.

One way Mountain Home Christian Academy has helped prepare Sam for the future is “showing him how to adapt in different environments and how to thrive in them.” He said, “With the combination of good teachers and great friends, my time at the academy has shaped me to become a better man of faith and of character.”

Parents, Pete and Sheryl Adams remarked, “We’re so grateful that Sam entered the Academy six years ago. He has become a confident, positive, Christian man, and we couldn’t be more proud or excited for his future.”

“Sam Adams is a very positive and sincere person and student. He’s a great example to his peers and has a heart of gold. Sam is a real blessing to those that are fortunate enough to know him,” said MHCA Administrator, Michael Cully.

If Sam could give counsel to his younger self, he would say, “Don’t be an idiot, you only get one chance at this stuff.” He wishes to be remembered by his classmates as “someone who can be trusted and someone you can count on to be there when you need them.”

Congratulations Sam!  We are so proud of you and know you will do great things for the Lord!